You Can Never Go Home Again… Can You?

When my daughter left for college, I was relieved. Her last two years in high school had been excruciating. She tended to take the opposing position to anything I said, in painful contrast to the child she had been, when, among other lovely habits, she had proudly announced to everyone we met that I was her “best friend.”

Now everything turned into an argument. I mourned the loss of my child. Yale was out of our price range, but she didn’t even bother to apply to the University of Florida, my husband’s alma mater, despite his high hopes, the short commute, his connections there, and the amazing marketing of The Gator Nation. She chose instead to attend college four hours away in Tallahassee. So, my husband and I were not surprised when she tossed her cap and gown, grabbed her degree, and immediately relocated across the country to California.

Distance (and maturity) certainly “makes the heart grow fonder,” and we grew close again the further away she moved, especially when she needed help starting her own business. She called frequently for advice (I’m a lawyer and Todd and I both operate our own businesses) and we (or I) visited her several times a year.

After five years away, she returned to attend graduate school at UF and my husband spent significant time with her, at a minimum on the phone, mentoring her through the real estate program there, where he used to teach.

So now she’s a Seminole and a Gator, Todd’s happy, and life’s good, right? Did she head back out to the West Coast? No, of course not. Her first job out was in Tampa so she moved in with us.

It was when she boomeranged home that my life changed. Again. Have you ever had to divorce your child? It happens. But it doesn’t have to.

While not the only reason for all of the current ricochets home, the coronavirus outbreak has pushed millions of Americans, especially younger adults, to move back in with their older family members, or to stay at home, if they’ve not left yet. More than half of young men and women, 18- to 29-years-old, now live with their parents or their grandparents. Never have so many moved back home since those numbers previously peaked during the Great Depression.

A new Pew Research Center analysis of monthly Census Bureau data tells us that 52% of young adults resided with one or both of their parents in July 2020. Before 2020, the highest measured value was in the 1940 census at the end of the Great Depression, when 48% of young adults lived in the home they grew up in.

Young adults have been particularly hard hit by last year’s pandemic, its reflexive lockdown, and the resultant economic downturn, according to a Pew Research Center survey. Of those who responded, 23% said the most important reason they were back home was because their college campus had closed, and 18% said it was due to job loss or other financial reasons. 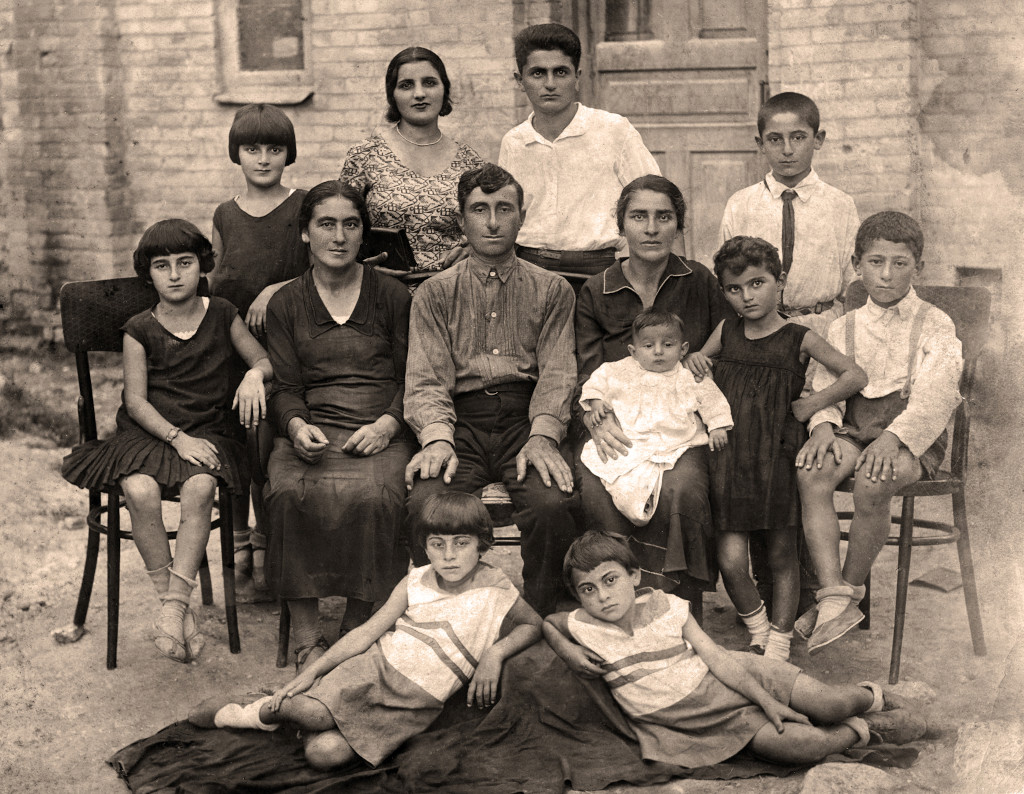 Still, this seemed to me to be a trend already, before COVID-19 hit. Certainly, my daughter bounced back three years before we’d heard the words “stay-at-home.”

Although 52% is the highest percentage in over a century, this number has, in fact, been rising steadily since we hit a low of 29% in 1960. As the focus of our economy has shifted from farming to manufacturing to information and technology, more and more young people continue their education into their 20s. When they’re enrolled in school, most don’t earn enough to live independently. And even if they live on a university campus, we count them as “living at home.”

Before the 1900’s, it was not unusual for young adults to continue to live with their parents until they married, in their mid-20s. They began working in their early teens and rarely went to high school. In fact, their families relied upon their extra hands on the farm or their extra income from the plant.

In the U.S., the trend has been for our kids to head out by age 18 or 19 so they can learn to be independent and self-sufficient. If they don’t, do we worry that something’s wrong with them? With us? In most of the world today, it is still typical for emerging adults to stay home until their late 20s.

Will You Miss Them When They’re Gone?

It’s hard to predict how your relationship with your children will change when they bounce back. Young adulthood is about testing boundaries. My daughter should have made decisions that she wanted to keep a secret. It was her opportunity to decide what she values, and, as I found out, some of her values differed from mine. It’s hard to keep secrets when you live under the same roof. I saw her wine in the fridge and her new high-end jeans in the wash. I saw every guest that she invited over, and some dinners felt awkwardly chaperoned.

Because she was in her mid-twenties, she had already tested most of my boundaries. (And she often now realized that I had been right; I vividly recall in college when she confided “I wish I knew which roomie was leaving her dishes in the sink! I’d definitely do to her what you did to me and put her dirty dishes in her bed!) However, if she’d been younger and tested more of our boundaries while my husband and I provided for her financially, it would have created a strain on our relationship, which might not be entirely fair to my daughter. She needed to make decisions about her life without fear of my judgment.

However, my daughter’s decision to move home also had consequences for my life. In her absence, my husband and I had developed an empty-nester routine. We planned trips to the Caribbean and enjoyed pursuing our hobbies. My towels were folded just the way that we liked them. When my daughter moved home, we had to change some of those plans and customs.

Still, we were lucky. My husband and I both still worked and could afford an unexpected long-term visitor. However, if we had been retired with a limited income, everyday disputes might have been amplified by the financial strain. 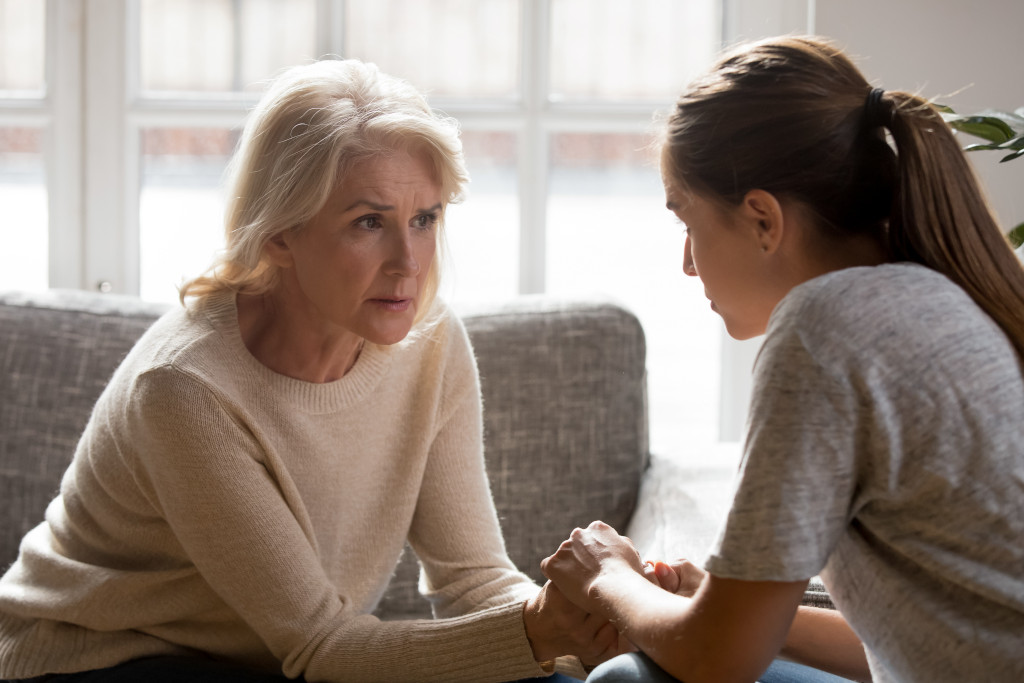 So How Do You Ensure a Healthy Cohabitation Relationship?

When my daughter moved in, we sat down to discuss potential issues that would arise and how we could solve them. We discussed how much she could contribute to household expenses and we all signed an agreement to help us remember what we had decided. We didn’t braid each other’s hair every night, but we did reduce conflicts over financial and responsibility issues.

Planning for foreseeable conflicts improved our relationship with our daughter. Our agreement and close living arrangements resulted in greater emotional closeness. They helped me to build a relationship with the newly emerging adult who is, for all intents and purposes, still my child.

Our own daughter, in stark contrast to our relationships with our own parents, actually seems to like us, and, despite the distance to her current home in Argentina, we feel close to her. She stays in touch by choice, often calling one of us at least every day.

Remember the “generation gap” of the “Boomers’” era? Not so much with this newest generation of adults.

Collaborative Life Planning for the Couple and the Adult Child

A relationship is not something that should be left to the chance. Couples and their adult children can plan how to build their relationships living together that withstands changing circumstances. If you, too, are interested in learning how to protect your relationship with your adult child, reach out to us at Open Palm Law and try Collaborative Life Planning.