Find An Alternative Way To Divorce

I’ve said it so many times . . . there is magic in the collaborative process. Unlike during my vast experience in litigation, I witness magic often in my collaborative cases.

Take my recent collaboration in which I represented Jessica. During a heated argument, her husband, Mike had hit her, and she had called the police. Jessica’s attorney convinced her to pursue, not only the injunction, but also a criminal battery charge against Mike. All of which made him even angrier!

But Mike pled guilty to the criminal charges and religiously attended his anger management classes. Because of the venue, which has a reputation for taking a strict stance against domestic violence, the judge also awarded Jessica, and their kids, a two-year injunction against Mike.
You would think that Jessica would’ve been happy about this, but she wasn’t. Mike is the man that she loves, despite their history. He is the father of her children. Although she followed the advice of her trial counsel, she wasn’t happy about the results.

However, despite her feelings for Mike, Jessica was fairly certain she needed to pursue a divorce. She waited so long to decide what to do that Mike had rebounded into another romantic relationship. But, based on her recent experiences in the courtroom, as well as her childhood experience of her own parents’ highly contentious, litigated divorce that “went on for years and years,” she sought another way to divorce.

Luckily Jessica found me, and we agreed on a collaborative approach. When I reached out to Mike, he was receptive and retained a collaborative lawyer, as well. Together, his attorney and I chose the other team professionals.

The collaborative process proved to be everything Jessica hoped: 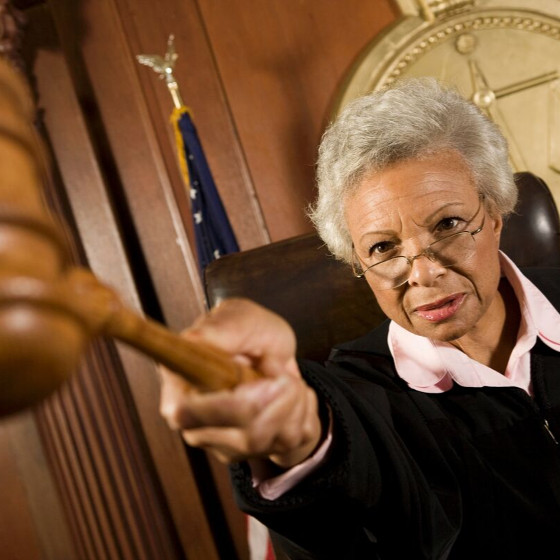 It’s better than sitting in the courtroom in front of a judge, which is so legalistic. The judge doesn’t know you or your situation. I knew that from DVI court. I didn’t want to spend a year, two years dragging it out. I thought this would be quicker and more friendly. The court’s just too stressful. Even this process was stressful but going to court would have taken it up to the next level.

You Shouldn’t Be In A Litigious War

The collaborative divorce process emphasizes the well-being of the couple’s children. As Jessica learned, the process works because everyone on the team works to understand the spouses, their interests, and their goals. And the team works hard to avoid putting children through what Jessica had experienced as a child, so collaborative professionals appreciate the importance of the parents maintaining a working relationship with one another. According to Jessica:

The flexibility and reduced stress that the process offered allowed me to be a better parent. All those people working for us, caring about us, caring about our kids, working for a win-win, looking for an overall solution. I wanted to always be on good terms with our kids’ dad and I knew the collaborative process would foster that. I’ve seen what court can do to people (first with my parents and then with our own domestic violence injunction) and I consulted with lawyers who started making me feel like their dad was “The Enemy.” I didn’t want that. I’m not at war with him. 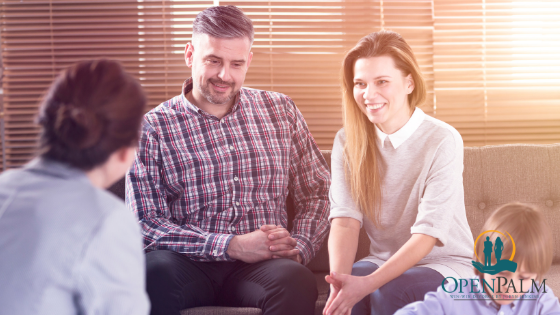 Rather than destroying it, the collaborative team restructures a family. The goal is to minimize anger and trauma, while separating the family in, if not a friendly, then at least a civil way.
When comparing the litigation process with the collaborative one, Mike described his experience:

Court will drag you into a war process without you even knowing it. You’ll be enemies; you’ll be mad at each other; your kids will see it happening. In litigation, they just add fuel to the fire . . . CP allows the dust to settle and defuses the bomb. It’s easier to think about what’s actually happening and what you’re doing than it is court. I would not have had a change of mindset if I’d been in litigation, just getting angrier and angrier.

Collaborative Is A Change Of Mindset

You read that correctly, Mike “had a change of mindset” because of the collaborative process. During the process, despite the terms of the domestic violence injunction, Jessica had regularly invited him to pick up the kids from school for her (the DVI applied to them, also) and invited him to dinner for special events, holidays, and birthdays. But remember that she knew all along that she didn’t want the divorce.

Based on my experience in both litigation and collaboration, this change of heart would not have taken place in the hostile litigation environment. Arguably, the collaborative process allowed the couple to reconcile. They had time, in a calmer, more tranquil environment than the courtroom, to think about what their goals were and where they wanted to be in five years. Mike was able to learn anger management. Time does heal wounds, so he also got over his anger at Jessica for getting the injunction. Without litigious lawyers purposely stirring the pot, Jessica and Mike ended up with a pretty awesome result . . . reconciliation!