People live longer today than they ever have in history, women longer than men, of course. Both of my own grandparents lived well into their 90s; Dad died only recently at 94. Furthermore, all three of my loved ones were cognizant and concerned about making the most of their lives until their last couple of years on earth when they, abruptly, suddenly became “old,” feeble and senile, disoriented and dementia-plagued.

In fact, I think Grandma only lost her way because she didn’t have any reason to go on after Grandpa died.

Dad, on the other hand, outlived Mom by a good 15 years, after committedly and compassionately caring for her during her last five years, while her persistently progressing Alzheimer’s Disease demolished the person we had all loved.

It was a bit of a shock to the rest of the family when he started dating Dot within two months of Mom’s death.

My Dad’s Girlfriend Refused To Marry Him

Dot had lost her husband a few years before. And I’m pretty sure was just lying in wait until Dad became available. In fact, I’m sure many of the widows at the senior living facility where Mom and Dad lived their last ten years together were on the lookout. After all, single men are in short supply.

But, although Dad and Dot were together for a decade and a half, they never married. And never moved in together, either.

So what is that all about? I thought the older they were, the more conventional.

And was it Dad who resisted the predictable bond? Or was it Dot?

It seems to me that it may well have been Dot who rejected the demands of a full-time relationship. More and more of my older divorced female clients report that they want the benefits of male companionship, but not the downsides of the live-in side of things: the co-dependence, the daily tension caused by having no private space, and the sacrifices made to maintain the shared abode, to care give, and to provide the emotional support necessary to a marriage. Having had a taste of financial independence after what is often decades of marriage, especially after what was often a difficult divorce, these women are loath to let that freedom go. And are in a better position to refuse to do so, with larger circles of tighter relationships than men traditionally enjoy. 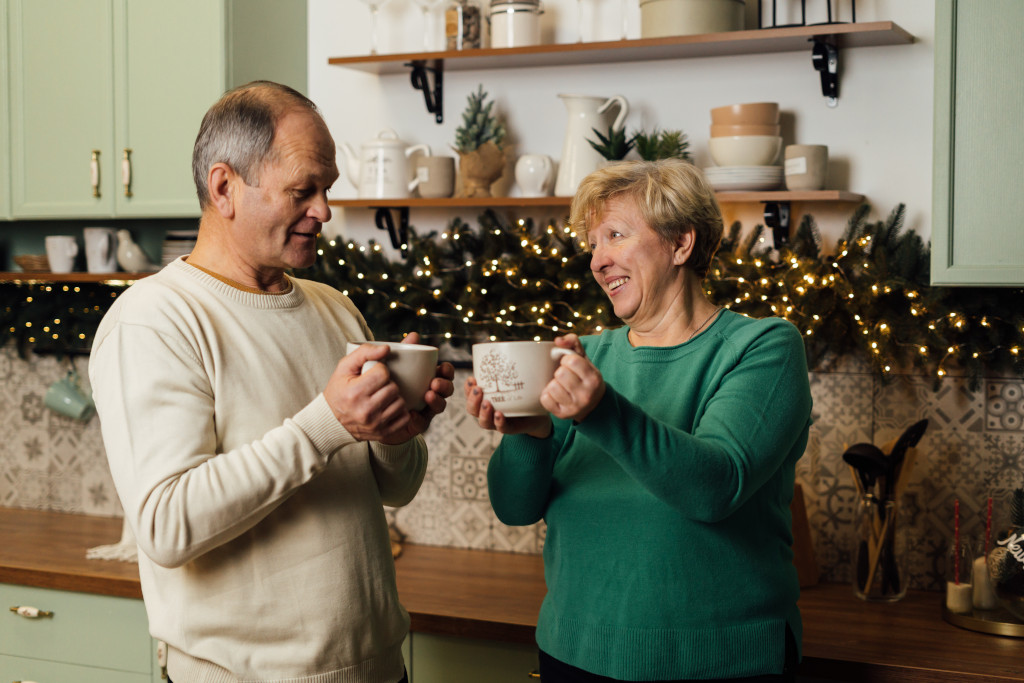 Some of these women completely forego dating while others appear to opt for a committed relationship but in separate residences. After all, many of them these days reside in somewhat communal spaces anyway if they’ve already moved into a retirement community, usually open only to anyone 55 or older. (Although I’ve had clients under 55 move in with their parents in such areas!)

What such a relationship looks like is unique to the folks involved. Does she stay overnights with him or he with her? Or not all? Does he have an office in her townhome or vice versa? Do they share time together like parents share their time with the kids? Does she stay at his home three days a week and then spend four consecutive days at her own home? Or do they share some other understanding of how to experience their time together? And apart?

One of the bigger common benefits of such arrangements is that the partners are almost required to “continually date.” (I credit the strength of our 26-year-long second marriage, in part, to my husband’s motto from Day One: “Never stop dating. (Preferably your wife!)”)

All of which explains why I am now getting so many requests for Collaborative Life Planning services, especially from the older population. I had a call just last week from a gal 250 miles away who wants a cohabitation agreement. She had already worked with a local attorney who, despite their extensive consultation, had prepared what looked to her like a traditional prenuptial agreement geared for a young couple just starting out, which she and her partner had rejected.

She explained that they seek a partnership agreement more appropriate to their ages (54/67), their stages in life (she is planning for retirement and he’s already retired), and their circumstances. She’s a widow and he’s been divorced three times. They live together but have no plans to marry. They love to travel abroad. They both have adult kids, but hers are still in graduate school and it looks like one of his may be getting divorced.

What happens if one of them becomes bedridden? If she loses her job before she’s ready to quit? If one of their adult children boomerangs home? If her dad needs to move in with them? These are the types of issues older couples want their agreements to address. An agreement that addresses the “What ifs” that are appropriate to the people they have matured into over the decades. We offer these services.

To see if our services might be right for you, visit us at Open Palm Law or email me at Joryn@OpenPalmLaw.com. We are here for you, and for your family, whatever form that family may take!

I have an old friend, a former client with whom I’ve now been close for going on 30 years. She and I visit each other probably once a month. I handled her divorce, negotiating the details of her marital settlement agreement with her then-husband.

People live longer today than they ever have in history, women longer than men, of course. Both of my own grandparents lived well into their 90s; Dad died only recently at 94. Furthermore, all three of my loved ones were cognizant.

Are You Are REALLY Ready – Tips

All couples have their ups and downs, and many storms can be weathered with love and dedication to their marital commitment. Many of us (my husband of 26 years and I included) have tried (or should resort to) marriage counseling to get us back on track.

Are You Are REALLY Ready – Tips