My mother, a real estate agent trying to stay afloat after the housing bubble crashed in 2008, had no income, a malfunctioning Ford Explorer, and an eight-month-old baby at home when my dad left her. At the same time, my father emptied our bank account without telling her, so our phone kept ringing, people calling to notify us that checks she had written days before had bounced.

In the years that followed, my mom ran in and out of lawyers’ offices, begging them to save our manufactured home from foreclosure.

And, in the midst of her juggling it all, she had me; a self-absorbed and scared twelve-year-old who wondered if life would ever be okay again.

After my father left, my grandmother told my mom that she had three days to cry, and then she had to move on. She got a job with the water department making $12 an hour. For the first time, we had health insurance. She worked during the day, showed houses on the weekends, and, at night, she enrolled full-time at the University of Phoenix. My grandmother, a manager at the Hillsborough County Clerk of Court’s office, told my mom which papers she could file on her own and paid for her divorce lawyer to draft the documents that she could not.

Our first mentors in life are our parents. We see the way they live their lives and want to emulate them or spite them. I saw how my mom was left with three kids and no financial security at thirty-six and I swore, on my Jonas Brother’s notebook, that that would never be me, but what could I do differently if I didn’t know what I didn’t know?

Is Law School Too Competitive For Me?

My mom raised me on a steady diet of dystopian fiction and city politics. So, when I told her that I wanted to be a lawyer, imagine my surprise when she laughed at me! “Honey,” she suggested, “shouldn’t you consider something ‘less competitive’?”

Naturally, I did what any headstrong child would do. I joined my high school mock trial team.

Mock trial was everything that Legally Blonde promised it would be. I stood in the well, proud and sure, cross examining my witness, ready to pounce on any last-season Prada slip up she made. In retrospect, I did well. Four teams competed that year and my team made it to the final round. My aunt, a legal secretary at the Hillsborough County Sheriff’s Office, went into work the next day to discover her boss ranting about how his mock trial team had lost by three points.

Turns out, those three points had been picked up by a snarky little brunette in mismatched flats. When my aunt identified that petite brunette (me!), her boss immediately scheduled me in for lunch, informing my aunt that I would . . . no, must attend law school! 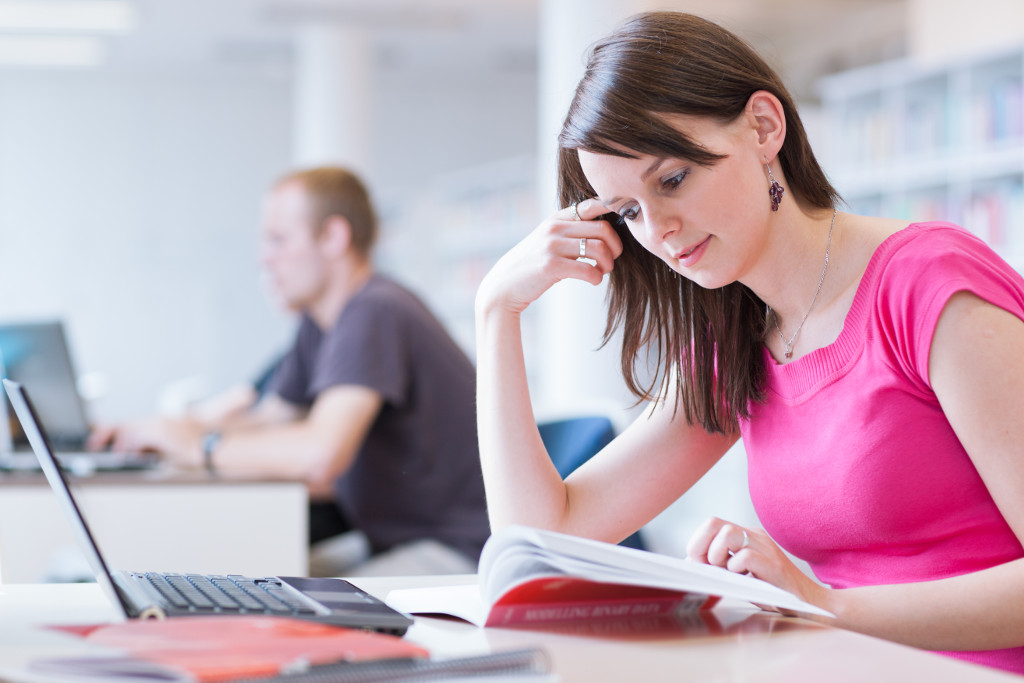 “Why do you want to go to law school?” My aunt’s boss explained that I would graduate with my J.D., but also with $150,000 in debt. I knew I could buy a nice house (at least, in Plant City) for $150,000. I knew I would have to take out student loans, but that much? Probably. But wasn’t the whole point of going to law school to be financially independent? Well, no, not necessarily. But how could I ever pay that off? I didn’t know.

I explained that law school meant becoming the advocate I had needed as a child.

He asked, “How long did you spend designing that answer?” I grinned, sheepishly. That was my pitch for getting into law school. I had spent two years formulating it.

“Not bad,” he commented. At the end of lunch, he informed me that I would meet with him once every semester, from that point forward. We would discuss my grades and choose my classes for the upcoming school year.

I am now a rising senior in college. During the last three years, he has called me whenever he thinks I’m veering off track. He prepped me for my first internship interview. He told me to stop posting about politics on Facebook and he called to ask why I had purchased a car when I needed $1,000 for my LSAT prep books.

My mentor appreciates that my goal is to land in the prosecutor’s office. I’ve always known what I wanted to be, but not the path for how to get there. No one in my family has ever attended law school. The advising department at the University of South Florida has one pre-law advisor who splits his time between two different majors. Being warned about landmines before they strike has helped me prepare for them. I’ve paid for school completely on my own, with the help of a few loans and USF’s tuition deferment. Sometimes, a warning about how to save money has made all the difference.

You Can Shout “Objection,” But Should You Object?

I competed for two years on USF’s mock trial team. We spent our weekends, and our own money, traveling to different universities across the state. As a team, we could take ballots off some of the tops schools or lose rounds by 40 points. Our consistency depended on our preparation; we were one of the only “unscripted” undergraduate trial teams.

Olga Joanow, our coach and Associate Vice President in Faculty Relations at USF Health, was determined to prepare us for life after undergrad. I joined the team my freshmen year, of course, and she spent that first year breaking down every one of my bad habits. I once spent an hour giving my opening statement because she stopped me when I began to speak too quickly and made me start it over from the beginning each time.

There was one habit she couldn’t break me of, though. I thought “tunnel vison” was one of my strengths; it had gotten me this far, but was it really?

Going into the morning round of our regional tournament, I spotted the opposing “lawyer,” the one who would cross examine my witness, anxiously pouring over the witness’ statement. I realized that he hadn’t studied it yet; when he took the podium to begin his cross, he stuttered nervously over his initial comments. I pounced, objecting to nearly every one of his questions.

Halfway through his cross, I realized that Olga had left the room. After my 20th objection, the judge looked at me and said, “You’re quick on your feet. This isn’t another objection, is it?”

Olga yelled at me the entire two-hour ride home from Orlando. I hadn’t been listening to the judge, who, most of the trial, was trying to help me. I was so focused on throwing the other side off his game, that I was not on mine. Eventually, Olga explained that sometimes, in a trial, if the other side introduces something that she could object to, she remains seated and silent. Sometimes, lawyers introduce documents with information that can hurt their own clients, information that you can then use on cross-examination.

If you listen carefully enough, you might give opposing counsel enough rope to do your job for you. 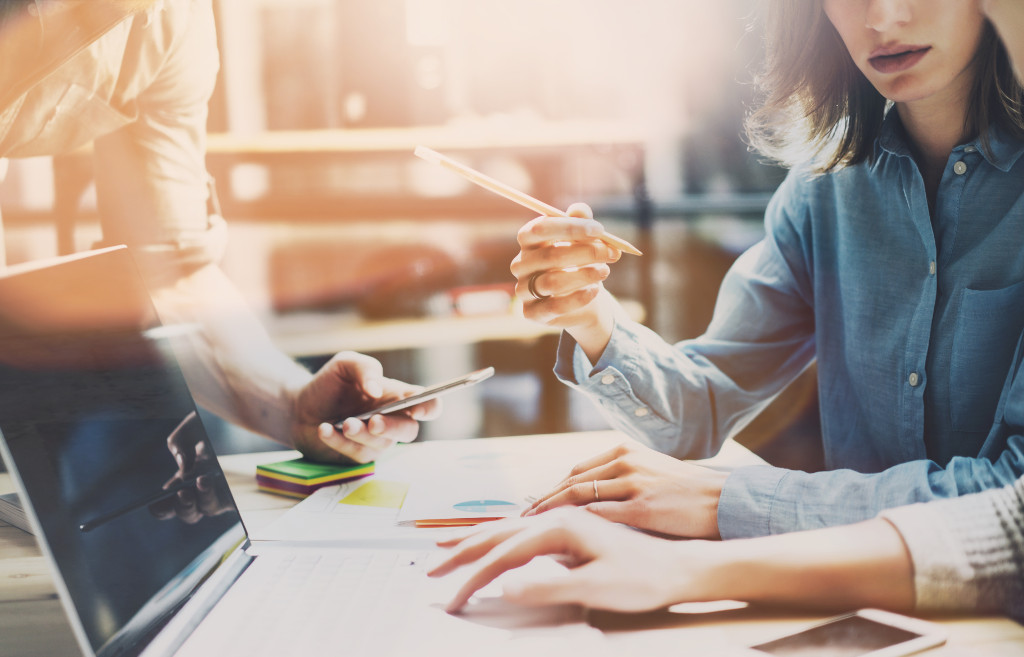 What Is Your Business Plan?

I started looking for internships during my junior year of college. I found a writing position that offered $500 to create a business plan for a non-profit. However, when I arrived for my first day, I found that the “non-profit” was only an idea, still in gestation. I met with its creator in an empty conference room during his break from work at his cyber security office. As I began completing the forms on Legal Zoom, I realized that he didn’t have the answers to an of the questions they asked there . . . yet.

I started researching his idea, calling established non-profits in the field to get an idea of operating costs and organization. I designed an operating structure with positions that we would fill once we received funding. I reviewed and revised the original budgets until I was satisfied, filed the paperwork, and we were successfully approved for 501(c)(3) status.

I never envisioned forming my own business until he offered me the opportunity to participate in founding his. I sat in client meetings and pitched his idea to potential investors. From him, I learned that asking questions is a strength in business, as well as in law.

Do I Want More Than Law School?

After COVID-19, I sought another internship, never dreaming that I would find one. I reached out to Open Palm Law, where I had applied months earlier. I sent Joryn Jenkins my resume and, after asking for my personality profile, she hired me! She founded and runs a collaborative divorce firm, as well as a business that teaches marketing skills to professionals. Now I not only draft legal documents, but I also write blogs for her websites and argue with poster retailers.

I’ll graduate college in December. I’m still deciding whether to take a gap year before heading off to law school, but one thing is certain. I will go to law school. There are more mentors in my future. One of the reasons I’m interested in the legal field is the sense of community that I’ve always felt emanating from it. In high school, we would be so confused on our field trips to the courthouse when we realized that lawyers, who go after each other in the courtroom, are often friends outside it, in the hallways.

I’m excited to join the legal community. Help me build my network and connect with me at MadisonSasser. 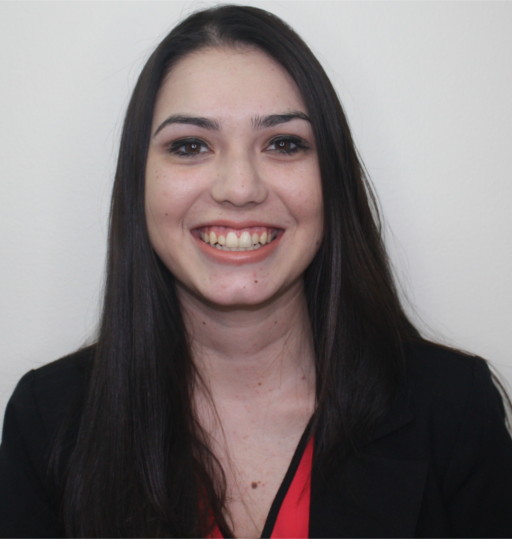 About this week’s author, Madison Sasser.

Madison Sasser joined Open Palm Law during the COVID-19 pandemic as our new undergraduate intern, a senior at the University of South Florida, studying Political Science with her minor in Creative Writing. She was a member of the USF Mock Trial Team and traveled across the state, competing in simulated trials against other top universities. She organized tournaments for her local mock trial team and was part of the founding team for Resilience Inc. a nonprofit focusing on providing children with resources for social-emotional learning. After graduation, she will apply to law school.

Seven Top Tech Tools to Reduce Your Stress Let’s face it – we live in a digital world. I don’t know about you,

Seven Tips for Confessing a Secret

Seven Tips for Confessing a Secret You’ve finally decided that it’s time to share the secret that you’ve held close for so long,

Seven Tips for Confessing a Secret

Finding Closure – (Saying “Goodbye”) Ever caught the song 50 Ways to Say Goodbye, by