LGBTQ Divorce Lawyers in Tampa
Open Palm has experience dealing with the unique legal issues common to the LGBTQ community. Now that same-sex marriage is legal in Florida, so is same-sex divorce. Prior to that, many in the LGBTQ community only had contract law to protect them during their family issues. But just because same-sex marriage is now legal does not mean that this community no longer has different legal issues from the heterosexual community. The LGBTQ community faces unique issues regarding custody for those families who utilize adoption, a surrogate, or donation of genetic material for the creation of families because at least one parent has no biological relation to the child. The LGBTQ community also faces challenges in having their wills and living wills honored, as well as having access to their loved one’s medical records.

LGBT Family Law Solutions
Not only can Open Palm Law assist in same-sex divorces, but also in helping same-sex couples to create their families through adoption and surrogacy. Let us help your family.

May I obtain a same-sex divorce in Florida?

Yes. When same-sex marriage became legal in Florida, so did the right to divorce your same-sex partner.

Why is same-sex divorce important?

Certain laws that protect married people can be negative to folks if they want a divorce and are not allowed to obtain one. For example, in Florida, a person cannot completely disinherit their spouse or remove him/her as beneficiary of tax-free retirement accounts. Further, the IRS does not allow married people to file as “single,” which sometimes carries a tax penalty.

I am in a same-sex relationship, and my partner carried our child who has no biological relation to me. How do I protect my rights if my partner and I were to separate?

Now that same-sex marriage is legal in Florida, it is easier to protect a parent’s rights in this situation. Florida allows married people to adopt their spouse’s children through a fairly simple and inexpensive process known as step-parent adoption. 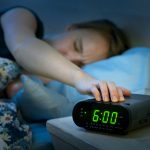