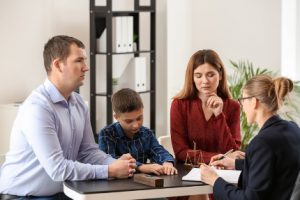 Little girls dream of the day when they will marry their princes. They play make-believe games, dressing like brides, holding silk flowers, and slowly marching down the aisle. They dream of what it will be like to be a mother, treating their dolls like their babies, feeding them, and even changing their diapers. They don’t dream of the day when their happy marriage will end in divorce. They don’t pretend that they are in a courtroom, fighting in front of a judge for a few extra nights a month with their children.

Children don’t choose to divorce. Parents do. So, don’t make your divorce a nightmare for your children.

Nasty divorces have devastating effects on children. I had a client, Mary, who had a perfect marriage, and a perfect six-year old son. But her dream marriage came to an abrupt end when she discovered that her husband was cheating on her, and her son suffered the consequences. As Mary and Bill fought over every issue of their divorce, even the minute ones, Charlie sank deeper and deeper into depression. But Mary, not a trained mental health professional, didn’t realize how serious her son’s depressed state was. She just thought that he was doing the typical acting out that was to be expected. She began to find bruises and cuts on his arms and legs, and this became another issue over which Mary and Bill fought. Each accused the other of abuse. The Department of Children and Families got involved. I didn’t see how we would ever resolve this divorce. 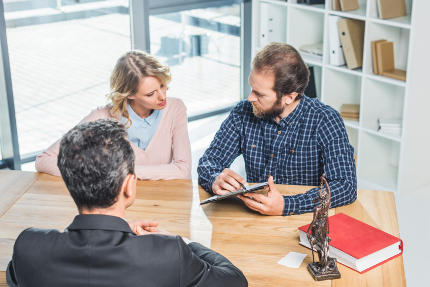 It was at about this time that I became trained in collaborative divorce. While I wasn’t really confident yet that the process could work in a highly volatile divorce, I thought it was worth a try. After all, nothing else had worked for these folks, so why not try something completely different? Luckily, Bill’s attorney had also been at the training, and he was open to trying it, as well. Together, we retained the neutrals, including a seasoned child specialist.

After the first full team meeting, the child specialist asked to meet separately with Charlie. When she had done so, she reconvened the full team to share some very scary news. Based on her conversation with the troubled child, it was her belief that he was actually harming himself. Bill and Mary, who had spent months blaming each other for the bruises, didn’t want to believe it at first. But after the child specialist explained more of the reasoning behind her opinion, it became fairly evident that this was likely the case. The parents agreed to send Charlie to a mental health professional who could more fully evaluate the situation and treat it, if necessary. 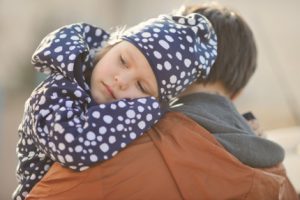 In light of the dire situation, the clients both agreed to take a couple of months off from the divorce process while they sought help for Charlie. During this time, it was determined, without a doubt, that Charlie was the one inflicting pain on himself in an effort to have control over something in his very out-of-control life.

When the team finally met again, the agenda had changed radically. Mary and Bill were so scared and devastated that their fighting had created this immense stress in Charlie, that they came to the table finally ready to negotiate rationally. Within a couple of hours, we had resolved their divorce. Neither party was extremely pleased with the resolution, but they both agreed that it was something with which they could live and that it was in Charlie’s best interests.

I couldn’t believe that we had actually settled the divorce, yet I was concerned that Mary and Bill would have post-judgment issues down the road because they had both once been so litigious. However, part of their agreement was to first try to resolve their post-judgment issues via collaboration.

About five years after their divorce, they did have a few issues that needed to be changed in their timesharing agreement. As Charlie got older, he wanted to spend more time at his father’s house.

We reconvened the collaborative team, and we were able to modify their timesharing agreement within just two two-hour meetings. I can’t imagine what the result would have been if the parties had ended up in litigation again. Collaboration was clearly the appropriate process option for them, and most importantly, for their child.

You aren’t divorcing your children, so don’t treat them like it. Choose to collaborate, for your children’s sake.