Is Collaborative Ever Appropriate When a Client Has Borderline Personality Disorder?

Is Collaborative Ever Appropriate When a Client Has Borderline Personality Disorder?

Colette didn’t trust anyone. She needed to be in control. She feared abandonment. She suffered intense mood swings. She was impulsive. She displayed inappropriate anger. She could not view things realistically.

Colette had a child with Tom, although they weren’t married. The second time he sought a breakup, she limited the amount of time that she would allow him to spend with their son. What better model than collaborative is there to keep someone like this in check and to also protect her, considering her intense trust issues? 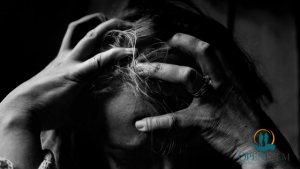 A person like Colette would have a hard time following such an order. In her attempt to control the situation, she would likely refuse to follow the order, and Tom would be forced to drag her into court for contempt, over and over again. This might inevitably continue until Tom has enough and either petitions for majority timesharing or completely walks away. (I’ve seen both happen.) In either situation, nobody wins, least of all the child. There is either endless litigation until the child emancipates, or he ends up without a father in his life.

So, collaborative seems like the best option, right? But is it? As much as I truly believe that the vast majority of cases would benefit from the collaborative approach, this practice method isn’t right for everyone.

For months, we tried to fit Collette and Tom into the collaborative divorce model. Tom was amazingly flexible and we began to understand how he managed to keep it together for as many years as he did. The team rode their roller coaster as one day they would be close to settling, and Colette would throw a monkey wrench into the divorce process the next. 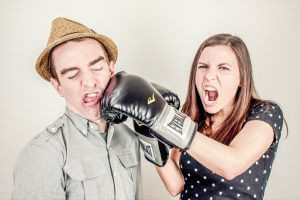 This continued week after week. Colette would idealize one team member, while devaluing another. But as soon as the idealized professional disagreed with Colette, her feelings would change immediately and drastically, and she would devalue that team member and choose another to idealize. Eventually, the mental health professional sat the team down to explain that we would need to cease the process. If she had realized how mentally ill Colette was, she would have told us early on not to even bother.

While almost every couple can benefit from collaborative divorce, there are exceptions. How do we recognize them? It is unlikely that the lawyers can do that. It is likely that, if anyone can, it is the mental health professional’s job.

What is important is that we have a process in place that allows that assessment to take place as early as possible so that we don’t waste our time, and so that our clients don’t waste their time and money, on a process that isn’t appropriate for them. After all, it is important to the success of this groundbreaking new collaborative approach to dissolution of marriage that we resolve matters for clients so that they can’t help but want to spread the word about their great divorce experience with the process. And a person suffering from borderline personality disorder will rarely be happy with the process because the collaborative team won’t encourage a settlement where only one client gets what she wants. And a borderline personality will only see the things that she wanted but did not get.

What process do you have in place so that you weed out clients who aren’t appropriate for the collaborative divorce process? If you don’t already have such a process, it’s time to develop one!