When the collaborative facilitator meets with the team’s clients for the first time, usually individually, he asks the clients to describe their goals. This is successfully accomplished by taking the clients back to a joy-filled time in their marriages, or forward to what they imagine their lives will be like when the stress of their divorce is over.

In Part One of this series, we’ve already explored one facilitator’s report to the team professionals on the clients’ goals and interests, and on their personality quirks. As we’ve already noted, there is no mandatory format for this report. The first one we explored was about communication and co-parenting. Compare it with the one that follows.

I met with 39-year-old Kandi Zelman in order to answer questions regarding the collaborative process, to discuss my role in the process, to “hear her story,” and to help her identify her goals for her divorce.

Kandi is a nice lady who initially presents as a bit emotionally detached but who is actually attempting to hold herself together. She reports that she started dating Hal (who is four years older) when she was just 20. They’ve been married nearly 17 years and have no children. Kandi says that Hal has been the “leader and she the follower” in the relationship and that the divorce is his choice, after one year of marriage counseling. Kandi is sad about the divorce and feels that Hal “decided” for both of them when he moved out.

Kandi and Hal have not seen each other or spoken for the last six months.

Kandi continues to live in the marital home, leaving everything exactly as it was when they lived together. She says it is like living in a museum, one that reflects their life together. Many of Han’s family photo and heirloom pieces are displayed; she “hasn’t touched them because she told him she would leave things alone till he came to get them.” She hasn’t thought about what personal property she wants or completed a financial affidavit.

Kandi feels she may need to sell the marital home but has not considered or explored alternative living options. This tells me she has been emotionally paralyzed this past year and that avoidance and compartmentalization are her coping mechanisms.

Kandi believes that the power structure in the marriage was inequitable, and she fears that this dynamic may play out in our team meetings. She worries that he will take advantage of her, and she needs lots of reassurance here.

“He always got his way and I allowed it.” She was teary throughout our interview and will likely be emotional during our process, something she feels Hal is uncomfortable with.

Kandi feels that Hal is a “get it done yesterday” guy and that she needs time to process. She is also uncomfortable “speaking up” so we need to be sensitive to her and make sure we go at a pace that meets her needs. 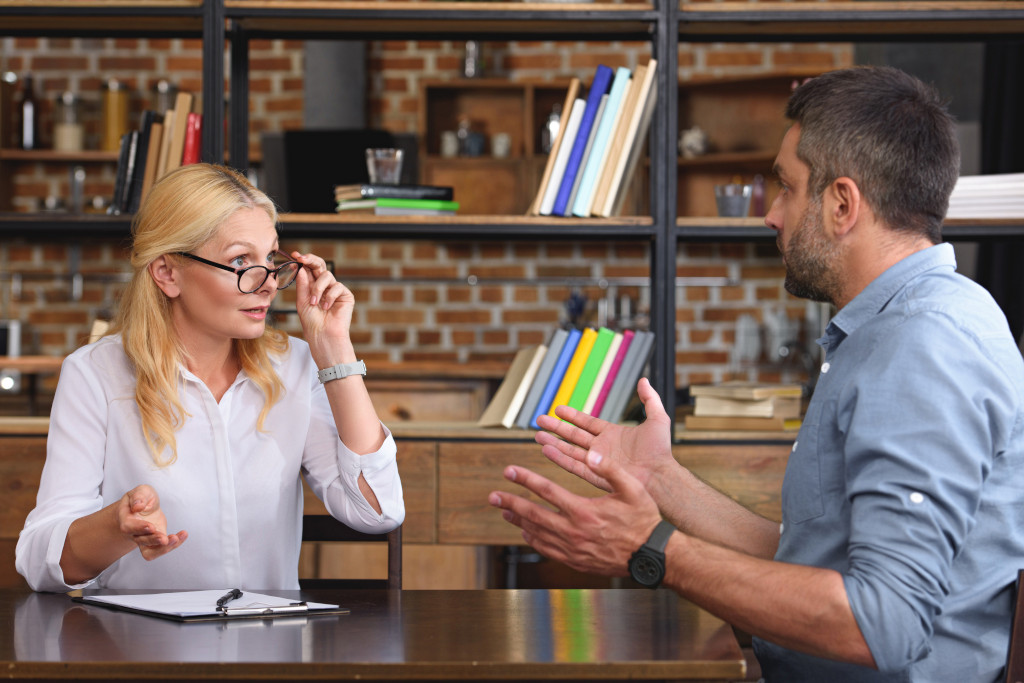 I met with 43-year-old Hal Zelman to answer questions regarding collaborative divorce, discuss my role in the process, hear “his story” and help him identify his goals for our process.

Hal is a pleasant man who presents as an efficient, methodical fellow. He was born in Sweden, grew up in England and came to the US for college. He says he grew up with nothing and that contributes to his strong work ethic. He’s been chief information officer for an IT company for two years, but it is not his ideal role; it’s a job for the short term in order to meet some financial goals. He admits that he’s impatient and frustrated by Kandi’s lack of motivation in her career and her lack of movement in the divorce.

Hal moved out for a structured three-month separation after a year of therapy, and it “turned into a divorce.” He believes that Kandi is resentful that he did not continue in therapy, but he says he was unhappy and needed to move on.

Hal’s focus was on solutions and how we can transition the couple quickly and inexpensively through this divorce. He is kind but has clearly moved on emotionally. He reports that there is one fundamental difference between him and Kandi, that she believes he is responsible for caring for her for the rest of her life and he believes he owes her help to get back on her feet. He reports that Kandi drags her feet and will avoid making decisions as long as she is allowed to. He emptied their joint checking account in order to motivate her to counsel. It worked.

He is concerned that she’ll use her emotions to play the team and that it will somehow influence us.

This process had nothing to do with co-parenting and little to do with communication, as you can see. Instead, Kandi was still early in her grieving process; thus, the team had to support her through her recognition that the marriage was, in fact, over.

While this exploration of personalities, goals, and interests was shorter than the last, you can easily see how helpful the facilitator’s insights and suggestions can be for the team professionals, both in managing team meetings and the clients’ emotions, and also in moving the process forward. In fact, the first full team meeting went exactly as we all anticipated it would. She cried. He got angry. But when I suggested (in private) he apologize, he trusted me and he did. You can read the whole story of what happened and how we all managed to avoid a near disaster in The Apology, in my book, War or Peace.

For more on the benefits of a collaborative divorce please reach out to me at Joryn@JorynJenkins.com or schedule a free consultation. 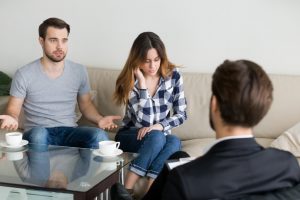 When the collaborative facilitator meets the team’s clients for the first time, usually individually, she asks them to define their goals.

Every action has a reaction, “side effect,” if you will. One of the side effects of litigation is that disappointed people “grieve” lawyers.

If you’ve been keeping up with the Kardashians, then you know that Kim filed for divorce from Kanye West on February 19, 2021. 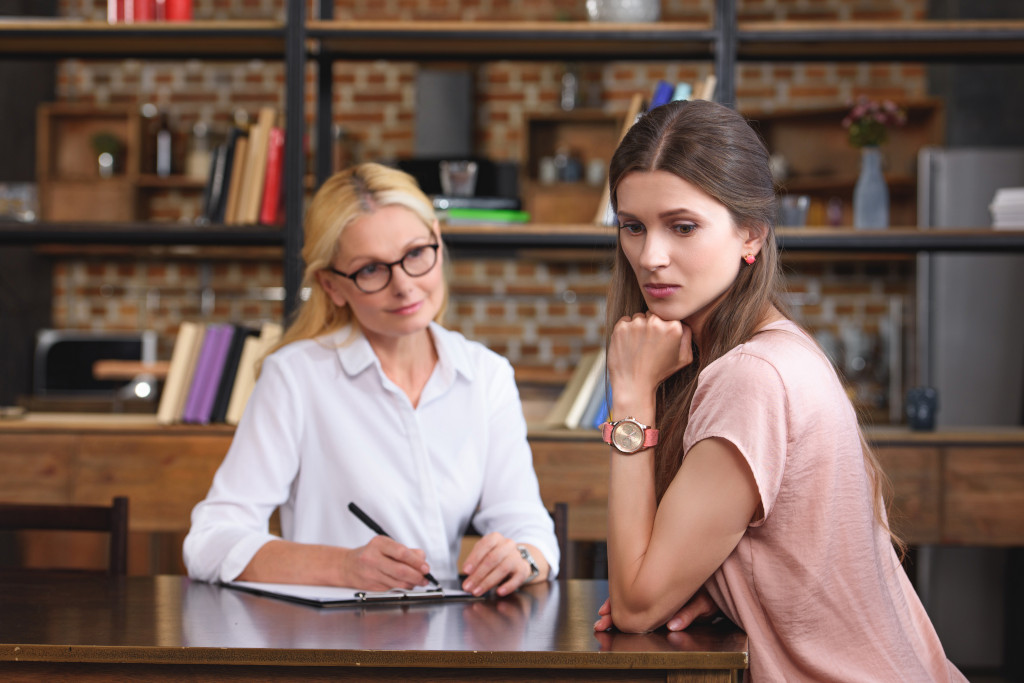 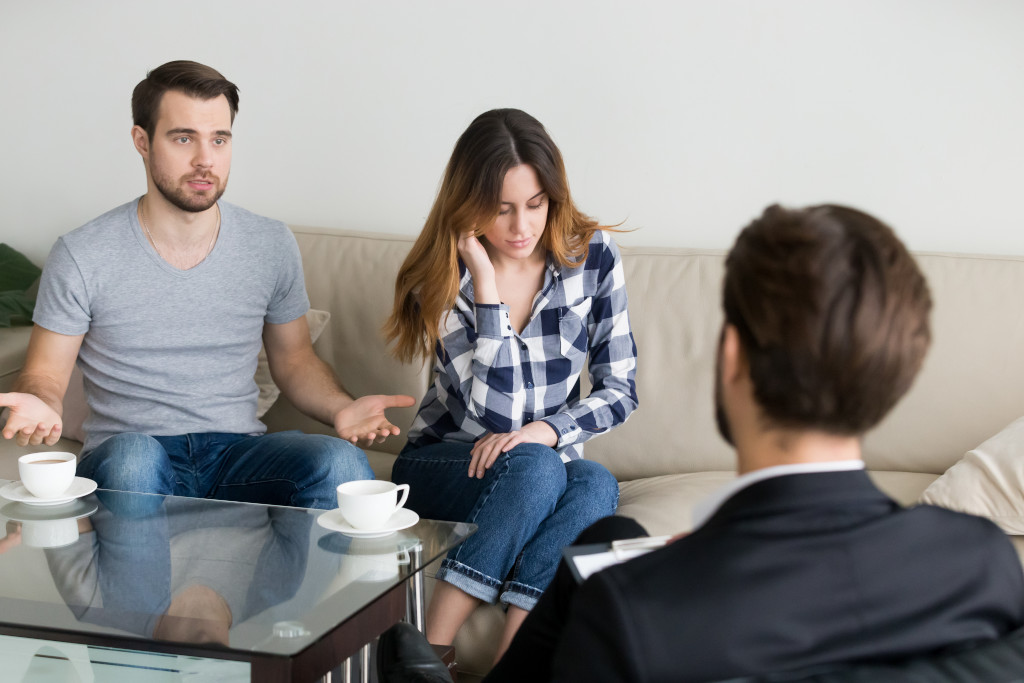 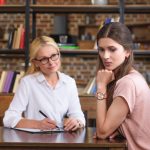 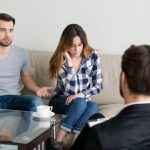