In the Trenches Part Five

In this blog series, we’ve already explored four break-up negotiations and how they played out after the collaborative facilitators reported on both the clients’ individual and joint goals for the process, and also their personality and communication idiosyncrasies.

Each facilitator’s reporting style is personal. The common element the ones that we’ve explored shared was that they truly revealed the issues at stake in each separation. The one that follows was not a divorce, but a paternity. The real difference, however, was in the mental health issues we uncovered in this particular matter.

Yvonne and I discussed the collaborative process and procedures, and my role as a neutral facilitator.

Yvonne and Ben began dating in 1992. She confirms that, every two-to-three years, they break up and then reconcile. They haven’t shared a bedroom in four years, and Yvonne has wanted to separate for six or seven. “It would take a miracle” for them to reconcile.

Yvonne admits that others see her as “controlling and dominant,” and that she can attack those who hurt her viciously. She also often corrects Ben. However, in the past seven years, she has been better and more assertive.

Their issues are communication, power and control, and money. They can’t “solve problems together.” “Ben expects me to do everything.”

Ben is not a drinker.

She is not afraid of Ben.

Yvonne has no support system. She stopped speaking to her mother after she criticized Yvonne for calling 911 on Ben. She has no other family and no friends.

Although their son, Peter (6), is “smart, outgoing and a leader,” he is “delayed” emotionally and socially. He is angry, aggressive, and bites other kids.

Yvonne sought help for Peter from Success for Families. He is working with Alex Smith, a behavioral specialist and appears to be improving.

CONCERN: Wants Ben to Effectively Parent Peter
Yvonne is concerned that Peter’s progress with the behaviorist will be interrupted if Ben is not on board and doesn’t follow the treatment plan. She wants Ben to learn how to deal with Peter’s behavioral problems so that they stop giving their son mixed messages.

Ben was a “hands on,” involved dad until Peter started becoming difficult as a toddler. Ben withdrew, allowing Yvonne to handle him when they couldn’t agree on how to parent.

CONCERN: Ben Will Become Frustrated and Aggressive With Peter

Yvonne is concerned that Ben will not parent Peter without becoming angry and uncompromising. She reports no abuse by Ben, just that, in the past, he would just give up and allow Yvonne to discipline Peter.

INTEREST: Wants Ben to see the behavioral specialist with Peter and get more education in parenting. She wants him to demonstrate competence, and to actively parent Peter.

** MY CONCERN: Yvonne stated that she is not in any hurry to begin this process. I believe she is concerned about being separated from Ben; “he is the only person who has ever been there for me.”

She “wants Ben to be a parent,” but also wrote, “I wish Ben would leave Peter and I alone but I know that legally this would not be allowed AND I don’t think that Peter would ultimately benefit.” However, she does like to be in control. 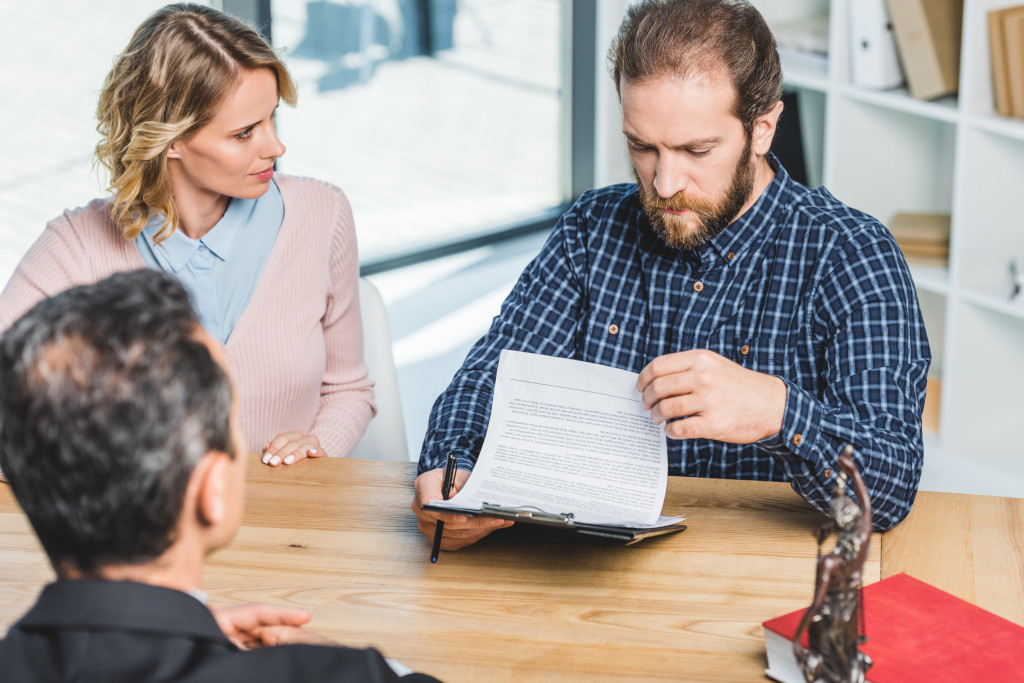 Ben and I discussed the collaborative process and procedures, and my role.

Ben and Yvonne have had a 22-year “on-again-off-again” relationship. They never married because they always had too much conflict and he never thought it would work out. Reconciliation is not in their future.

Peter was conceived in 2007 while Ben was in Tampa on vacation. (He had relocated to Louisiana in 2006.) When he discovered Yvonne was pregnant, Ben moved back to Tampa. She moved into Ben’s home before Peter was born, where they resided together until June.

Currently, he says “I am just trying to be cordial.” They use Talking Parents and the phone to communicate about Peter. In fact, Yvonne called him while we were meeting (but he didn’t pick up).

CONCERN: Yvonne will falsely accuse him of domestic violence again.

Ben was arrested for domestic violence, but claims he never touched Yvonne or threw the car door handle at her, as she alleged. In fact, she parked behind his car, preventing him from leaving, and refused to move. The door handle came off when he tried to get into the car. He threw it to the ground. The police removed him from his home.
When the injunction expired two months later, he moved back home. Yvonne (and Peter) rents a place nearby.

Yvonne “has all the power” in their relationship. Ben says she is aggressive and none of his friends and family ever liked her. Ben claims he is passive in the relationship, that Yvonne is critical of him and attacks him emotionally and mentally, calling him names, berating him, and making him “feel unworthy.” Yvonne is controlling and must have everything her way.

Yvonne has called 911 three times on him during arguments. They made no arrests.

Ben drinks once or twice a week. Yvonne smokes pot every day.

Ben enjoys a good support system. He’s close to his parents and brothers, although they live in Louisiana. He has good friends here, two married couples and a single dad who will do anything for him. He also gets along with Yvonne’s Mom, who babysits Peter for him.

This is Ben’s primary concern. He fears that Yvonne will withhold Peter and turn Peter against him. Peter throws temper tantrums when he doesn’t get his way. He was dismissed from summer school for biting other children. He hits and throws things when angry. Ben tries to be firm with him, but Yvonne undermines Ben and is too permissive.

CONCERN: Yvonne Will Not Cooperate

Recently, Yvonne brought up separating again. They returned to Dr. Finley because they were fighting a lot about parenting and money. Ben is triggered when Yvonne attacks him.

Finley told Yvonne to change her domineering, aggressive language and behavior or the relationship wouldn’t improve. She was upset and didn’t believe it was her fault. The next time they argued, she called 911 and accused him of throwing the door handle at her.

Finley designed a parenting plan after meeting with them both. Ben signed it, but Yvonne refused to. Ben feels at Yvonne’s mercy and therefore only sees Peter sporadically. Ben wants 50% time sharing and prefers the 2/2/5/5 schedule that Finley suggested.

Ben wants the support to reflect what Yvonne was making until this past year. When Peter began school, Yvonne began dropping clients, when she should have been adding them. He has been buying groceries and paying for her utilities since the injunction expired.

Dealing with aggression is not easy, especially when it’s coupled with Borderline Personality Disorder, which, as it turned out, it was in Yvonne. As described above, one sees she exhibited BPD symptoms, so the team was warned and prepared.

Yvonne displayed the classic fear of abandonment or instability, and had difficulty tolerating being alone. Her shows of inappropriate anger and impulsiveness, even in the midst of our full team meetings, were always a surprise, even with the cautions noted above.

Yvonne wanted a loving and lasting relationship with Ben, even if from the distance of co-parenting Peter, and so this paternity did move forward. Given what we knew about her early on, I had staffed the team with two lawyers for her, who, between the two of them, managed her frequent mood swings carefully and supportively.

Is your spouse exhibiting behaviors like these? Do you have similar dynamic? Collaborative divorce accounts for all sorts of people and your team can help manage various behaviors in team meetings. If you are interested in learning more, reach out to us at Open Palm Law.