I Don’t Know What I Want

If you are anything like me, you’ve read all of the “bring the spark back to your relationship” books. You might have sent a ranting nine paragraph email to the Viall Files podcast secretly hoping that Nick Viall would tell you to have more respect for yourself. If there wasn’t someone else involved, you might admit that it’s time for a change. However, that’s not the case here. There is someone else involved. How do you answer his questions when you don’t know the answers?

“No, there isn’t anyone else. Why would you ask me that?”

“Can you give me some time to think about this and get back to you?”

Maybe, there’s a chance you could work this out… You just need time… a lot of time.

But how much time is too much? When will you finally make a decision? At this point, you are way past the “just say you’ll work on it so we can make-up already.” He’s said that he would remember to take the recycling out five times in the last two days, but it’s still overflowing in the bin. Maybe, he finally admitted that what you want isn’t what he wants for himself. Maybe, he doesn’t know either. Does he deserve better? He ought to be with someone who can be sure about him.

How will you explain to your mother that he didn’t do anything that warranted the “D-word?” and neither did you!

It’s nobody’s fault. It’s the inaction that keeps you up at night. Where is this going? Would he move with you if you accepted a job in a new city? Did you think that you would have children by now? Please, don’t tell me that you are one of those white picket fence people, but, if you are, what’s so wrong with that? Why can’t he want kids for himself?

If he had been honest with you, you could have left before you invested seven years, two cats, and a wedding that cost almost as much as a mortgage!

It’s Not Really Over, Is It?

Is there a way to really know if this is the right decision? Maybe you’ve moved out into your own apartment. Your sister is begging you to start trying again and download Tinder. Perhaps drinking wine at a bar with strangers would be better than drinking alone in your Mickey Mouse pajamas.

“No, you are not too old for your dating apps!”

Admit it. You are totally trying (and failing) to ignore to your soon-to-be ex. Who is that girl in his latest Instagram story? You still think about him when you find Cool Ranch Doritos at Target. You can’t binge-watch Westworld without remembering the way he “mansplained” the series, but for some reason, you were totally into it. It’s not the same anymore.

What if you accidentally stumble upon his dating profile? Would that bother you?

Luckily for you, there is a way to know if you should leave this marriage behind. 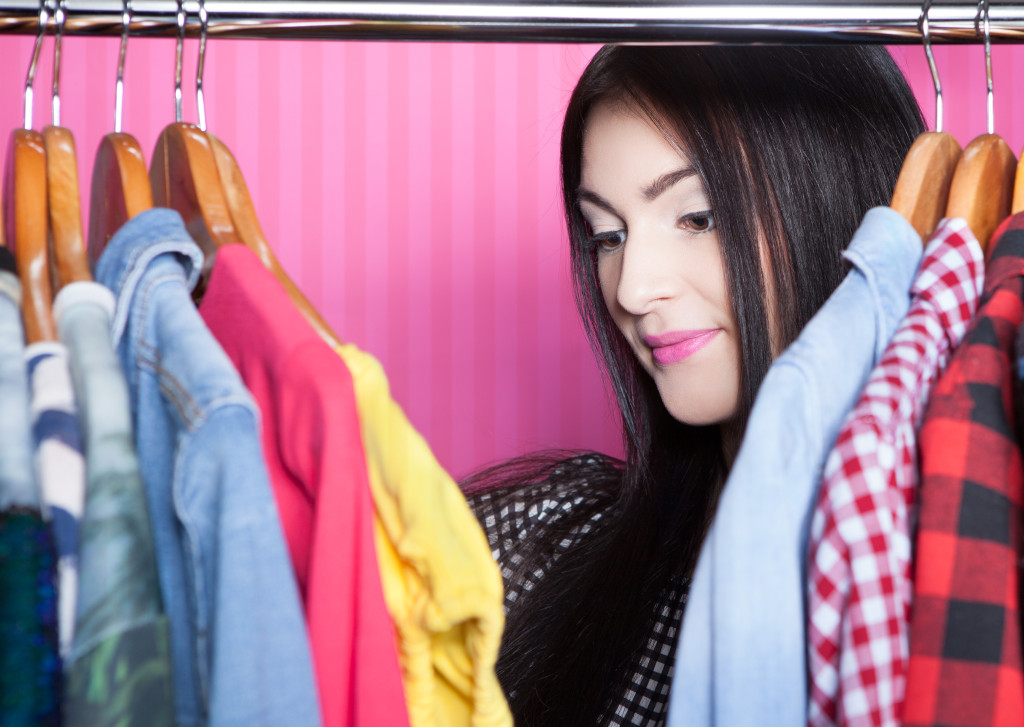 Logan Ury is a Harvard-educated behavioral scientist and the author of How to Not Die Alone. Yes, this book sounds exactly like the kind of thing your mother would sneak into your purse when you aren’t looking. But maybe your mother is onto something here. (Although you might want to bring a book cover if you’re reading it on the train into work.)

Pretend that you just walked into your closet. (If you don’t have a walk-in closet, pretend that you are lucky enough to have one.) If you had to choose an item that reminded you of your husband, what would you walk out wearing? How does that item make you feel? This is the question that Ury, now a dating coach, asks when someone calls her in the middle of the night to ask if she should end her relationship.

But does it work?

There was that one ex. When you think of him, you remember this faded gray t-shirt with holes near the bottom. Still, you slept in it every night. It was comfortable, but then again, you were also sitting in your dorm avoiding people and eating ramen. You don’t talk about your freshman year depressive spiral or about the girls on your floor that went to the movie night (that you planned) without inviting you.

Can a shirt really bring all of those memories back? What about the guy on your debate team that you dated senior year? He reminds you of your brand-new Michael Kors shirt that shows a little bit of cleavage, but not too much that you can still wear to Thanksgiving dinner. You found that shirt on sale!

I wonder where that shirt is now?

Stop Lying To Yourself

Is your Husband the itchy Christmas sweater that you pretend causes you to break out in hives? Or does he make you feel like the pink Calvin Klein heels that make you Elle Woods?

If it’s time to face the end of your marriage, Open Palm Law can help you facilitate the difficult conversations to come. You don’t have to have all the answers, but Open Palm can help you ask the right questions.