I filed a petition for personal bankruptcy for the Chief Executive Officer of a publicly traded corporation who personally grossed a salary of $30,000 per month. “Wait! What?” you exclaim.

Let me explain. William, who was in his late fifties then, required bankruptcy relief because, years earlier, in New Jersey, his former girlfriend had sought a domestic violence injunction against him, which he had hotly contested. (If granted, it would have destroyed his career.) William claimed that he was thirty miles away at the time of the “event,” but, when it finally came to trial, the court refused to admit his proof into evidence and William lost.

Meanwhile, in a separate courtroom, Sally had also filed a civil complaint against him for battery, and, in yet a third court, at her insistence, the State had charged him criminally, as well.

Fighting on three different fronts, William’s attorneys’ fees mounted. Until then, like any well-off client, he had paid his fees as he had incurred them. Now, unable to keep up, he began charging them to his credit cards.

William won his first appeal. When he did, though, Sally didn’t fold her cards and slink off into the night. She pursued the DVI again in the lower court.

Unbelievably, the court still wouldn’t admit his evidence and William lost the second trial. Having no choice, he appealed that verdict, as well.

The good news? Both the criminal court and the civil court abated those matters when he did. And, eventually (this is years later, as you can imagine), he won his second appeal.

This time, the appellate court instructed the court below to admit his cell phone provider’s business records, clearly showing that William had been thirty miles away at the time of the supposed domestic violence.

Sally still didn’t give up; she went to trial again. This time his cell phone records were admitted (after all, how could the trial court ignore the appellate court’s instructions?!) and he won the third trial.

When he came to see me, William was barely squeezing by financially. Living paycheck to paycheck, he was fending off the financial devastation wrought by being forced to defend himself on three litigation fronts, the quasi-criminal case for Sally’s imaginary domestic violence, Sally’s civil suit for battery, and the State’s felony suit against him.

To further complicate his life, his first lawyer in the quasi-criminal case had committed malpractice while defending him, and, fed up with “The System,” William had filed a negligence action against him.

Before seeking bankruptcy protection from our court, William had spent over $1 million defending himself, had liquidated his retirement accounts, and had maxed out his credit cards. 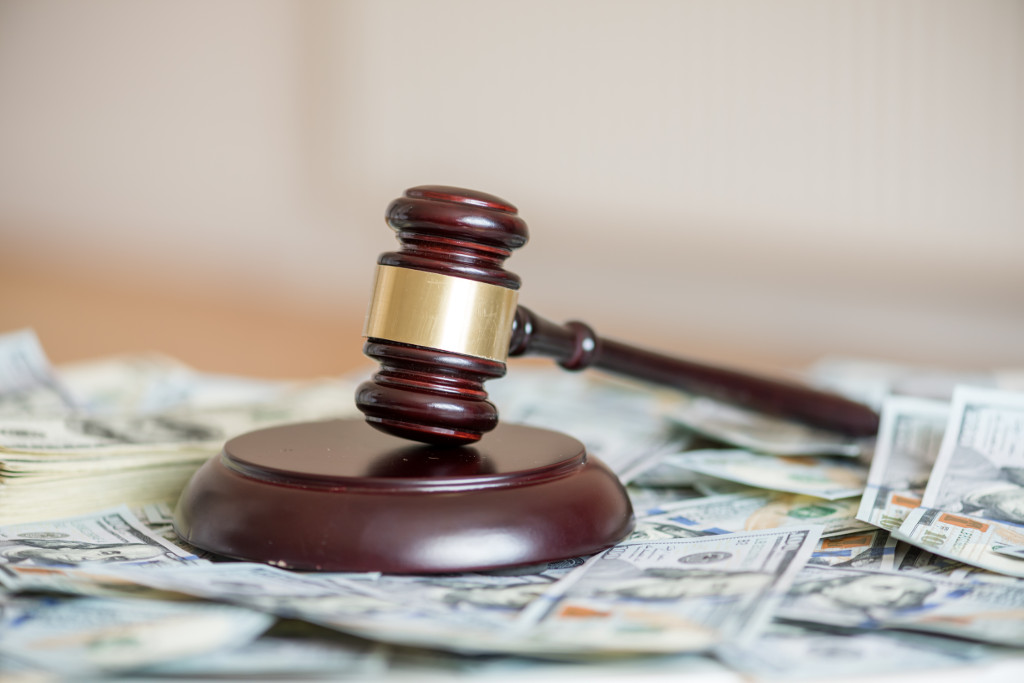 The CEO Filed For Bankruptcy

Even his bankruptcy was not without trauma. No one (except our judge) believed that a CEO (incredibly, his employer continued to stand by him throughout these horrifying years) could deserve bankruptcy relief. We fought (and won) four disputes with the trustee regarding the value of my client’s possessions, what he would be permitted to keep, and his pre-bankruptcy purchase of a home, which the court ultimately also awarded him in the bankruptcy. We settled William’s claim for legal malpractice, as an asset of the bankruptcy estate. And we won sanctions against Sally (and her lawyer) for her violations of the rules pursuing her civil case despite that William was in bankruptcy.

It has now been years since the bankruptcy court discharged William’s credit card debts, and I still receive a check every month from him towards his accrued fees, as well as a report on the current status of the criminal matter, which the prosecutor lost by motion, but then appealed. Still, William’s responsible for paying his defense attorney.

People often assume that CEOs are not impacted financially by drawn-out litigation. But, sometimes, they have even more to lose. Shareholders may prefer a CEO with too much baggage to step aside because his personal problems are not good for business. Heads of companies are sometimes considered financial representatives of the business and cannot afford to allow additional legal debt to impact their credit scores. And, like anyone else, a CEO can’t afford to lose his income or take a less taxing job just because (or perhaps especially because!) he has personal litigation hitting him from all directions.

Even CEOs cannot completely avoid the devastating impacts of litigation. Declaring bankruptcy may mean that the CEO of a financial corporation will be unable to find a job in his field ever again. It may mean that, if he applied for a job in intelligence, he won’t receive security clearance.

It seems unfair that William should suffer such long-lasting consequences, especially because he won! This is why I warn all of my clients that, even when the law and the facts are on your side, you cannot control what a judge or jury will decide. Or what the opposing party will do.

If you’re drowning in litigation, reach out to Joryn Jenkins at Joryn@OpenPalmLaw.com or find her at OpenPalmLaw, where we are changing the way the world gets divorced!