When I was a kid, I saw a black-and-white psychological drama filmed in 1944. Gaslight was creepy, powerfully frightening to a teenager, and, although I have a reputation in my family for forgetting the details of a movie (and therefore being able to rewatch it with nearly original joy), I’ve never forgotten what happened in Gaslight.

Ingrid Bergman stars in this classic thriller as a devoted bride whose new husband, Charles Boyer, convinces her to move into the home in which her aunt was murdered as part of his plot to drive her mad. At the time, the story of Gaslight spawned a new expression which has recently become popular again.

“Gaslighting” is defined as manipulating someone, almost always someone very close, i.e., one’s spouse, to make him or her question his own reality. In the movie, among other things, Boyer reduced the gas (this was before electric lights), and thereby lowered the lights. When Bergman complained, he denied any difference in the lighting. Hence the colloquialism.

In the 43 years that I’ve practiced law, I’ve seen many instances in real life of this controlling technique, although never in a situation so dramatic as the movie. How?

The “gaslighter” lies or otherwise distorts the truth to his target, eventually convincing her to doubt herself for his own benefit. (Of course, the gaslighter may be female, as well.) As a result, the victim becomes disoriented or distressed. Normally, this dynamic only works when she is already vulnerable, such as in an unequal power relationship, or when she fears challenging the false narrative because to do so would be to challenge the gaslighter’s honesty.

This modus_operandi is illustrated excruciatingly well in the movie.

So how does gaslighting present? There are a variety of situations that you may well recognize, either because you’ve been there, or because someone you know has described them to you. Or you’ve watched Gaslight, in which each of them is demonstrated.

The net result is that the gaslighter turns the tables on his victim, blaming her for his poor behavior and making it appear that she is the one mistreating him. Some people gaslight to avoid conflict. Some use it to deflect personal responsibility. Some use it to hide bad behavior. And some use it, as Boyer did, to gain power and control or to get revenge. 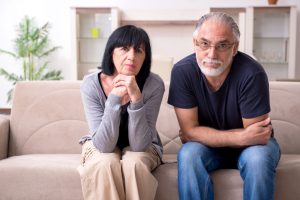 Solving problems is not difficult. I can solve a problem just by telling you what you should do.