When I was just fifteen, my stepfather notified us that he had been transferred and we would be moving, again. Instead of spending my senior year in yet another new high school (we had relocated once already that year), I accepted Yale’s offer to enroll in college there.

But when I went “home” for Christmas, my mother begged me to consider speaking at their local school board meeting the next day. Apparently, they had decided to include a certain book in my sister’s required reading of which Mom absolutely did not approve. It was her hope that my perspective, as a now-sixteen-year-old attending an impressive Ivy League university without even having finished high school, might be more credible than her own.

Of course, without really considering what it might mean, I agreed. But, as the hour approached, I began to feel pressure building in my chest. That night, I had trouble falling asleep. I couldn’t stop thinking about what the room would look like, what I would say, whether the board members would ask me questions I didn’t know the answers to.

Why Did I Agree To Speak?

That morning, I had trouble taking a deep breath. I felt sick to my stomach.

What was my problem? I’d had no difficulty speaking at my own commencement, or at my junior high school graduation. I’d certainly never had a problem speaking at the front of my classes.

Nevertheless, I had to face the fact that the reason I was feeling so queasy was panic, plain and simple. Glossophobia. Also known as “fear of public speaking.” By the time I trudged to the front of the auditorium to take the mic, dread shook my entire body like a leaf at the tip of a tree branch caught in a windstorm.

According to Psychology Today, this fear could easily have prevented me from speaking at all, much less communicating my ideas clearly and persuasively, as my mother had hoped.

Did I deliver my remarks? Yes, I did. But when I finished, I left the podium with a far deeper understanding of what the expression “scared to death” means. And, too, an appreciation for why people are actually more afraid of public speaking than they are of dying.

I have no idea what I said. I have no idea what the school board decided to do. My only memories of this event are of my fear and of walking to that podium to face a faceless, nameless crowd of strangers who would judge me on my words alone. I had felt like I was marching to my execution. 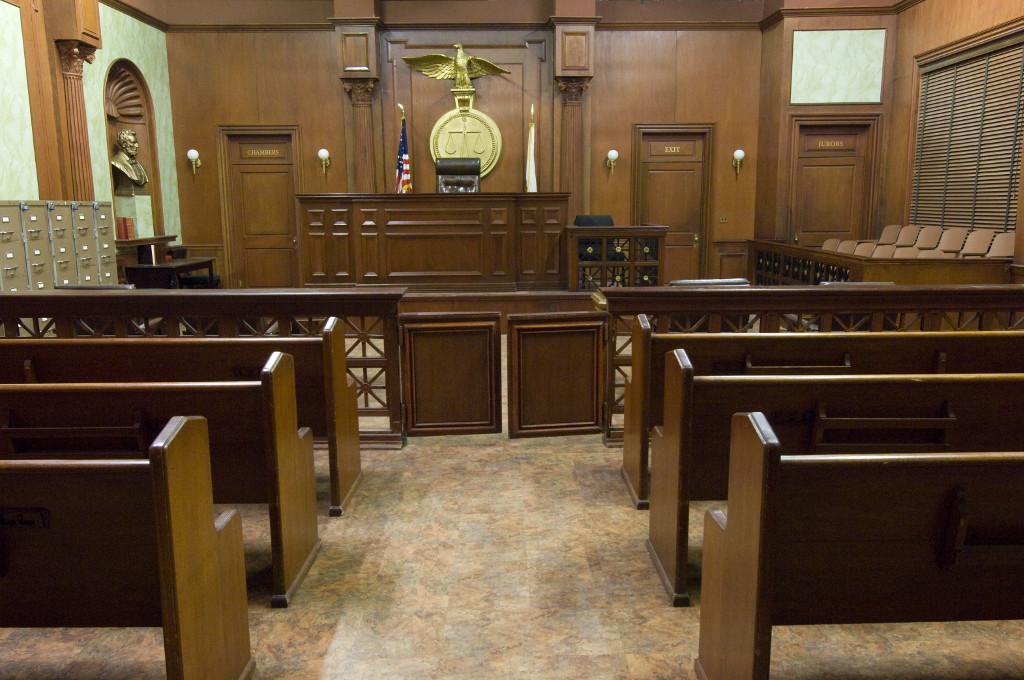 Public Speaking Became A Huge Part Of My Life

Did I eventually overcome my fear? Sure, I did. Ultimately, I became a trial lawyer, presenting cases and arguing issues in front of juries (and audiences) sometimes daily. And today I present regularly on ethics issues, on collaborative practice issues, and on marketing practices, to sometimes hundreds of people at a time.

According to the Mayo Clinic, you can overcome even the most paralyzing version of this phobia. But people don’t consider this fear when they’re choosing how to get divorced.

You should. At the last minute, when you’re getting ready for trial, it will finally punch you square in the stomach. You are going to have to get on the witness stand, raise your right hand, and swear to tell the truth. . . to everyone in the courtroom.

Your audience might be just the judge, the court reporter, the judicial assistant, your spouse, his or her attorney, and some witnesses who might testify. Or your spectators could include a couple of news reporters, several courthouse interns, people waiting for the judge to hear their own cases, any number of witnesses who might be interested either in how a trial unfolds in front of this judge, in general, or in your case, in particular, and people with nothing better to do.

When it comes down to the wire, you’re waiting for the judge to finish the case in front of yours and you feel sick to your stomach with this fear.

What happens next? This is when one party suggests a settlement to the other that was absolutely unacceptable last week, but which has suddenly become crazily attractive because of the other’s fear of public speaking. This is when fear will force you to grab an offer that you will regret next week. When you will not recall why you accepted it.

This is no time to realize you have a fear of public speaking.

It’s your divorce, so it should be your decisions that drive your process. To research your choices for how to obtain your divorce, visit us at Open Palm Law or email me at Joryn@OpenPalmLaw.com. We are here for you, in court and out!