Excellent Exes: Ending Up Better After A Collaborative Divorce 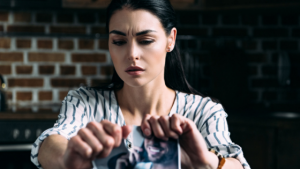 Early in my career, as a young and single divorce attorney, my clients often commented “I’ll bet you never want to get married.” My response was always the same, “No, I never want to get divorced.” And what I meant was that I would be sure to choose my spouse extra carefully because I knew how ugly divorce could be. When friends would ask me for marriage advice, I would always suggest, “Never marry someone you wouldn’t want to divorce.” Don’t marry someone who doesn’t play well with others when she’s happy or who makes your life more difficult when your relationship is going well. Can you imagine how she would make your life if you were to divorce her? I still think that these are excellent bits of advice. But I have experienced situations in which these rules did not apply. Take Drake and Stephania, for example, who, even in the midst of their divorce, clearly were passionate for one another. Even at their hearings and mediations, you could feel the passion reverberating between them. It was almost uncomfortable to be in the same room with them.

I often wondered if they purposely prolonged their divorce and anticipated their divorce conferences and hearings because they would “make up” afterwards. According to my client, Drake, during their marriage, they fought louder and made up more passionately than anyone else they knew. They each constantly did things to the other to intentionally get under each other’s skin. They would pick at each other until a fight broke out because they both were addicted to the conflict and to the passionate resolution. Their litigated divorce went on for a couple of years with no end in sight. Not surprisingly, eventually they each began to date other people. Needless to say, although this case was very lucrative for my law firm, I was very worried about how this would affect the already contentious proceedings. It was around this time that my opposing counsel and I both became trained in collaborative practice. We got together and decided that a process change might be just what these parties needed to steer their case towards a final resolution, so we encouraged the parties to freeze their litigation and to give collaborative divorce a try. I hadn’t participated in many collaborative divorces, and I had my doubts that the process would work in this matter. I do believe that our eventual success was due, in part, to timing; we began the collaborative process soon after both clients had initiated new romantic relationships. So it was that, as the team, and especially the mental health professional, taught the parties new communication and co-parenting skills, their passion for one another naturally diminished and transferred to their new romantic partners. Within a couple of collaborative sessions, the parties had resolved their divorce. I was thrilled, but I was pretty convinced that I’d see them again for post-judgment litigation because that’s just the kind of people they were. When I didn’t hear from my client for a year, I touched base to see how things were going. I was so surprised to hear Drake say, “Honestly, things are better than they have ever been. We are both in long-term committed relationships with the people we began dating during our divorce. Learning how to hear what Stephania was trying to tell me from our facilitator and the rest of you guys resulted in us getting along better now than we ever have. I think that we are both better parents than we ever were during our marriage. While I no longer feel passionate about Stephania, I can honestly say that I like her more now, and respect her more, than I ever did during our marriage. We are better apart than we ever were together!“ He paused a moment, considering, before he wrapped up. “In fact, I have to say that I came out of my divorce a better person.” While I was floored by Drake’s comments, the proof was evident. It’s been almost ten years now, and neither Drake nor Stephania has filed a post-judgment action against the other. I guess some couples do make better exes, especially if they’ve divorce collaboratively!